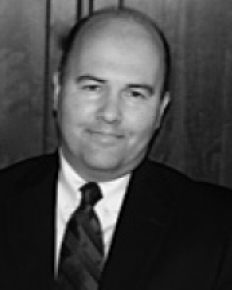 Brian has been married to Lisa for over 20 years. She works at the Reddy Law Firm as the Office Manager. Brian and Lisa have 3 children; 2 of which are away at college, and one who is in high school. They live in the Toledo, Ohio area with their two dogs.

Brian has argued appeals in various appellate courts including the United States Court of Appeals for the Second and Sixth Circuits and the New York State Appellate Divisions for the Fourth and Third Departments. He is licensed to practice in Ohio and New York. He has also appeared as lead counsel in cases in Kentucky, Michigan, Pennsylvania, Massachusetts, West Virginia, Virginia, Illinois and Tennessee.
"I am a retired American History and Government teacher and recently had the privilege to serve as a juror. It was a two week trial in Hamilton County. Brian Reddy represented one of the parties in the case. Brian's thorough presentation of the evidence and passion to deliver the truth made quite an impression on me and my fellow jurors. Along with these attributes, his genuine care and concern for his client were heart warming. I feel when you hire an attorney you expect trust, loyalty and the diligence to fight for what you deserve. From my vantage point in the jury box , Brian Reddy gives you all of that and more." Jim Leon,
Juror Hamilton County, Court of Common Pleas, Ohio
"Brian represented me against a class 1 railroad. While working as an engineer I was severely injured due to company negligence. He represented me and was a blessing. He kept me updated on any new information etc. I was very pleased at his professionalism and honesty. I was very pleased at the outcome and will use Brian in the future if needed. I highly recommend him." Jack,
Locomotive Engineer Ohio
"Mr. Reddy was very responsive to my questions and concerns. He kept me well informed and did a fine job handling my case. He helped me during a very difficult time in my life. It made me feel better to know that I was in good hands" Neil S.,
Long Island, New York
"I have no qualms about recommending Brian. He did a great job for me on a legal issue I had to deal with. He also represented my wife who was hurt in a car accident and we were very happy with the result." Dan,
Railroad employee Ohio
"I am a proud Vietnam veteran and a locomotive engineer. Brian has helped me with a number of matters and I've gotten to know him over the years. He is s good friend of working people and a great supporter of our veterans. I am happy to recommend him." Bob S.,
Locomotive Engineer